When did you last get your fire rated products checked? 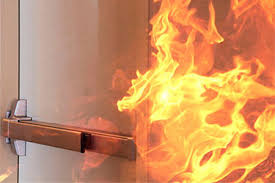 Not many business owners are aware, but it’s actually a legal requirement to have the correct fire precautions in place and keep them up to date. This means that no matter how much you invested into extinguishers, roller shutters and fire doors in the first place, if they aren’t regularly checked and maintained then you aren’t meeting the legal requirements of having adequate fire safety in your building.

The most obvious check is to fire extinguishers, which fall into regulations for high-pressure cylinders. With fire extinguishers you should ideally be replacing the contents every five years if they haven’t been used. To work out how old your extinguishers are, look for the dates stamped on the cylinder or label, if you’re looking at a date that is longer than five years ago it’s time to get it serviced.

According to Safelincs.co.uk, 'The Fire Industry Association carried out a large study in 2010 and found that 88% of fires were successfully put out by extinguishers.' They also pointed out that this number would have been higher had people not opted for the use of 2kg CO2 extinguishers which were shown to be ineffective in putting out fires. If you’ve hedged your bets on the smaller 2kg extinguishers, it might be time to get in some back up.

If your building is fitted with fireproof roller shutters, they should be next on the list for maintenance. Roller shutters are classed as machinery, which means they are prone to failure over time unless they’re well looked after. BS9999 (the code of practice for fire safety in the design, management and use of buildings) recommends that you carry out checks on fire rated products every six months.

The inspections and maintenance need to be carried out by an official body and engineer and then logged in a logbook along with a report as evidence.

If you are looking to update your fire security, here at Security Direct we supply a range of fire doors and fire shutters. Our fire shutters work automatically but have a back-up battery built into them in case of power failure. The fire roller shutters have two control panels that can be connected directly to the fire alarm or an independent smoke detector. Once you have invested in premium fire safety for your company, make the best use of it and comply with regular maintenance, fire check risk assessments and prevent a disaster. 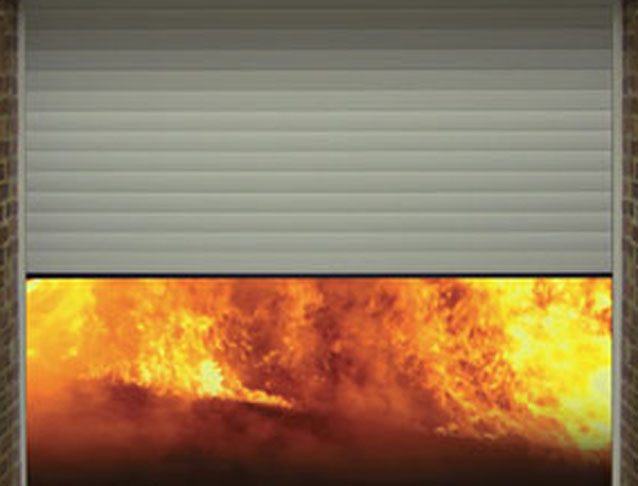 As well as fire shutters, Security Direct fits and manufactures fire curtains, which are made from Kevlar and are also electrically operated. Fire Curtains can be a better option for more delicate buildings as they remain up at all times unless activated by a fire alarm or smoke detector. We find that our fire curtains are a popular option for kitchens and schools as they’re less intrusive but still comply to Fire Standards BS476 and BS EN 1634.